Andre Castro: “I want to be a paid professional racing driver!”

Many young racing drivers dream of one day being able to earn their living with racing. This is exactly the goal of Andre Castro from the USA, who will compete for DF1 Racing in the 2020 EuroNASCAR 2 championship of the NASCAR Whelen Euro Series (NWES). Last year, the 21-year-old convinced with strong results, even though a race win is still missing on his list.

He told ‘Leadlap.net’: “I want to be a paid professional racing driver. I don’t have the budget to be choosy over which series I want to race in, but I’m an avid motorsports fan who’s followed championships such as WRC, DTM, and even Brazilian Stock Cars in my life, so I’ll race anything with four wheels.”

Castro would compete in any series where four-wheeled racing cars are driven, the main thing is that he manages to get on a professional level. Despite his young age, the Chicago native racer has experience in open wheel, stock car and sports car racing that should one day catapult him to the top of a championship.

“The NASCAR Cup Series was my first love as a child along with Formula 1, but I think that door has already closed, so if I can keep climbing the NASCAR ladder and one day race in the US against some of my heroes, that would be the opportunity of a lifetime,” said Castro. “For now, though, I must keep my focus on the opportunity I’ve been given by Norbert Walchhofer and Gudrun Strouhal this year, and I aim to make the most of it.”

With DF1 Racing, Castro has the team behind his back in the 2020 season that won the EuroNASCAR 2 championship in 2019 with Lasse Soerensen. The American will share the car with Ander Vilarino, who has won the NWES title three times and is still the driver with the most EuroNASCAR victories under his belt. So the sails are set for a title fight.

“I was scared last year that I wouldn’t be able to find another opportunity, but luckily the whole team believed in me, and I hope to repay their belief in me with multiple wins. Once we get that first one out of the way, I think a couple more will come in after, as long as we keep focused and keep developing our car,” told Castro. “ I’m super excited to work with Ander Vilarino and I think I can learn a lot from him.”

In the 2019 season, Castro competed in eleven of 13 NWES races for PK Carsport and Marko Stipp Motorsport – the team from Germany that will cooperate with DF1 Racing in 2020. Once he took pole position and four times he was on the podium. At Valencia, Franciacorta and Brands Hatch, Castro finished second in each race.

Due to the COVID 19 pandemic, the NWES 2020 season is expected to continue in September 2020. Until then, the drivers and teams meet in the virtual world to race each other in the EuroNASCAR Esports Series. Castro has proven to be a strong sim racer by winning the Prologue in Daytona, but what does he actually take from the virtual world into reality? 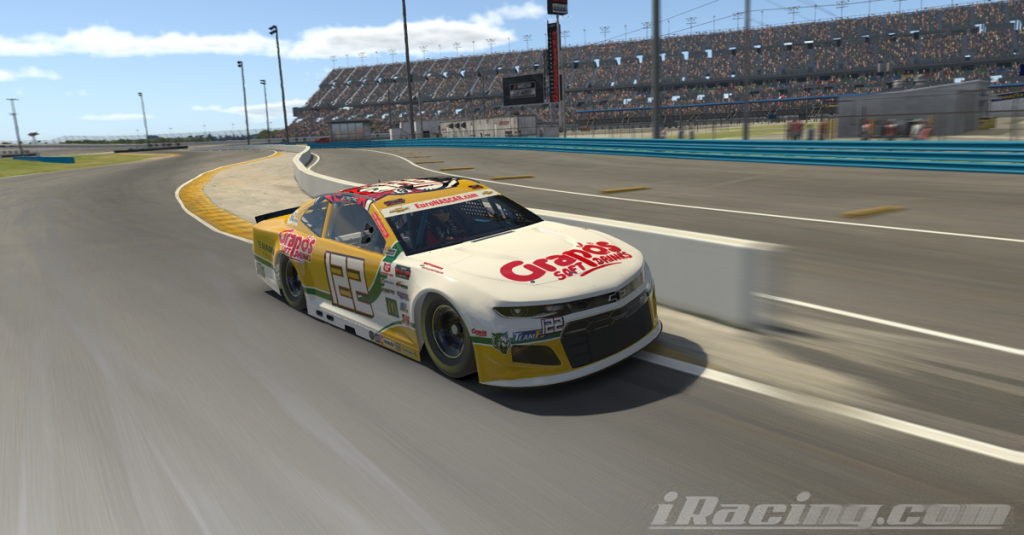 “Sim racing is great for drivers like me that barely get to race in real life,” he said. “I have less than 20 car race weekends under my belt thus far in my career, but I already feel so experienced in terms of race craft and hand-eye coordination, all because of my hundreds of sim races.”

Castro is sure that a race driver can learn different skills in the virtual world: “You can sharpen important skills like concentration, consistency, racecraft, and strategy through sim racing, and understanding generally how a car behaves in a sim made my transition to real life car racing much easier. I won a Skip Barber Karts to Cars Scholarship, and I credit part of that to iRacing."